Why are we always seeking for Teachers?

One would think that in order to learn, you need to discover. By discovery you not only gain knowledge and experience but, trust and faith in yourself. It is this faith, and trust that we need to understand which someone else cannot provide this for you. If you wait for someone else’s approval; you may be just waiting to share in their own discovery about themselves and experience through them. Ultimately loosing the opportunity all together in this or that teacher. In all we are all constantly learning and those teachers can give examples to roads of discovery but in all, it is up to you.
Stay true and remember your here to learn lots. it is with the intention that will see yourself rise or fall. There are no wrongs or failures only experience’s. Morals may be learnt or discovered but again, we will save that for another time 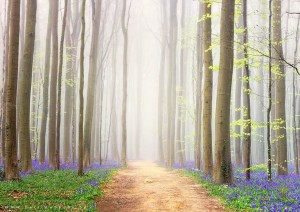 From The Angel Samuel ( Chamuel )

Don’t set faith in others. Without the faith in yourself, nothing will come of it, and nothing will come from others.
It all starts with you. Once anyone has faith in themselves; all the life troubles can be challenged and shrugged off knowing, you will get through it because they are only moments of experience. And each moment, is different than another.
Joshua, son of Gya

AGE IS AN INSECURITY YOU DEVELOP OVER THE YEARS; TO GIVE EXCUSES TO THE THINGS WE DON’T WANT TO DO. THERE ARE ONLY TWO BIRTH DATES THAT, ANY ONE INDIVIDUAL MAY HAVE. THEY ARE THE FIRST DAY YOU ARE BORN ONTO THIS WORLD FROM SPIRIT. AND THE SECOND, IS WHEN YOUR BORN BACK INTO THE SPIRIT REALM FROM THE PHYSICAL WORLD. THERE IS “NO DEATH”.
THIS IS JUST A WORD YOU HAVE BEEN TAUGHT THAT WE NEED TO MOURN RATHER, THAN TO CELEBRATE THE LIFE OF THAT INDIVIDUAL.

FROM THE GUIDE “JOSHUA” SON OF GAYA 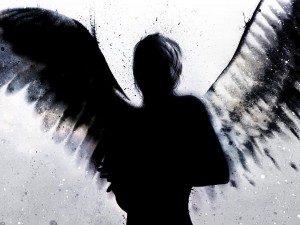 Limitations are set in the minds through experiences in one’s life. It is not your job to fit or make fit the right person or time to do whatever you want or desire. If something you want or desire’s become’s too much, then you are trying too hard! You know yourself and need no others to speak the words of judgement and righteousness. Fear the unseen – This is what most people think, but it is the unknown and unseen where, all your wonders await you.

You are who you are, and can become whatever it is you like to become, be what you most desire.  As it was said, if the want is from the heart and your urges or pull is from the soul, then who are other’s to have the right or need to validate you?

You are the Medium we require you to be.

I am often still surprised over the years whenever Samuel answers questions that I pose to his direction. I say to his direction because questions are not always  directed to him in particular, and he doesn’t just stand by waiting either.  The relationship between him, Sacreah and I,  have come a long way over the years. In my first book called ” the guidance within” I spoke about him as well as Sacreah and how we met etc but, I don’t think I have said much about him  answering questions. In my second book this is what will take place with conversations from above, (sounds corny right, lol don’t worry it will be a suited title) with my Guides and Angels.  I often wonder if everyone has their own team of guides?  Then why would anyone want to read the next book I’m working on? As often, Samuel does as he is right now, he is speaking about that question I just finished typing.

He is saying that it is not about the contents in each chapter but rather the intention of what you would like to share.   In that,  there are many who are of same mind in thought; and will seek many truths from various source to draw on. That is why they will want to read what you will write about.  Now reminding me of what he also told me,  the information transferred from spirit to the receiver, the information is none of your business. So not to concern yourself if it will sell or not, or if there will be those who want to read it, or  you will become rich from it. Focus on the intention and all else, we just mentioned, will fall into its proper alignment.

As always enlightening and to the point, when it’s needed.

Humans are very capable in retrieving in anything they desire, it is often from the desire that we loose our true intention over need verses greed. The greed lies in what and how, we want others to see us; and we often live in the world of materialization from this intention. This is where most things can become very confusing among need and greed. Now it isn’t wrong to want objects, it is wrong however when it becomes outside your means of finances and living condition. A good example we will input here is; the difference you can see with a tribal family from Africa, in it’s  tribal region. The  opposite can be seen with industrial communities. While one lives almost without material things and getting by on just the basics that person and family or even tribe, are most thankful. Their counterpart however,  in most cases by are driven by the need for greed. Often are ill or miserable in their ambition and trying to get more to hide from this feeling.  The trick, is to understand when it is time to disassociate from what you need and what you want.

In the long run thinking of others is important because; what you want may not benefit that other person and in the long run may be doing more damage than good. Having a positive need is a good goal and can be a positive desire, with a positive result. So I will say to you given the position your in wether its relationship or financial, think about the needs of the other person and if you think what you need is out of greed; then make a compromise and find a positive need with a positive result. You just may be surprised how much more you will enjoy it.  And in the end you may come to realize it’s not what others think thats important  and find that you need is not made from greed We say, leave the gossip and judgement to others. And allow your relation,  what ever area it is,  to bloom into the rose we know it can be.

To know ourselves, is to understand that all beliefs are within us and resemble the love and light of the Universe, the Mother and Father God.

The Alpha and the Omega, the divine source is the place of your true birth and creation. You are all and everything, and everything that can be, is affected by you. When the whale’s cry, so do you, when the earth suffers, so do you and when the light of love is seen, it is also seen from inside you.

You are all related, and yet in your world you still fight to be different, separated, apart from each other when all the time you are the source and the essence of spirit.  You are the children and the governors of the light source you all drink from. If there is need of change, change your ways of thinking and watch others follow